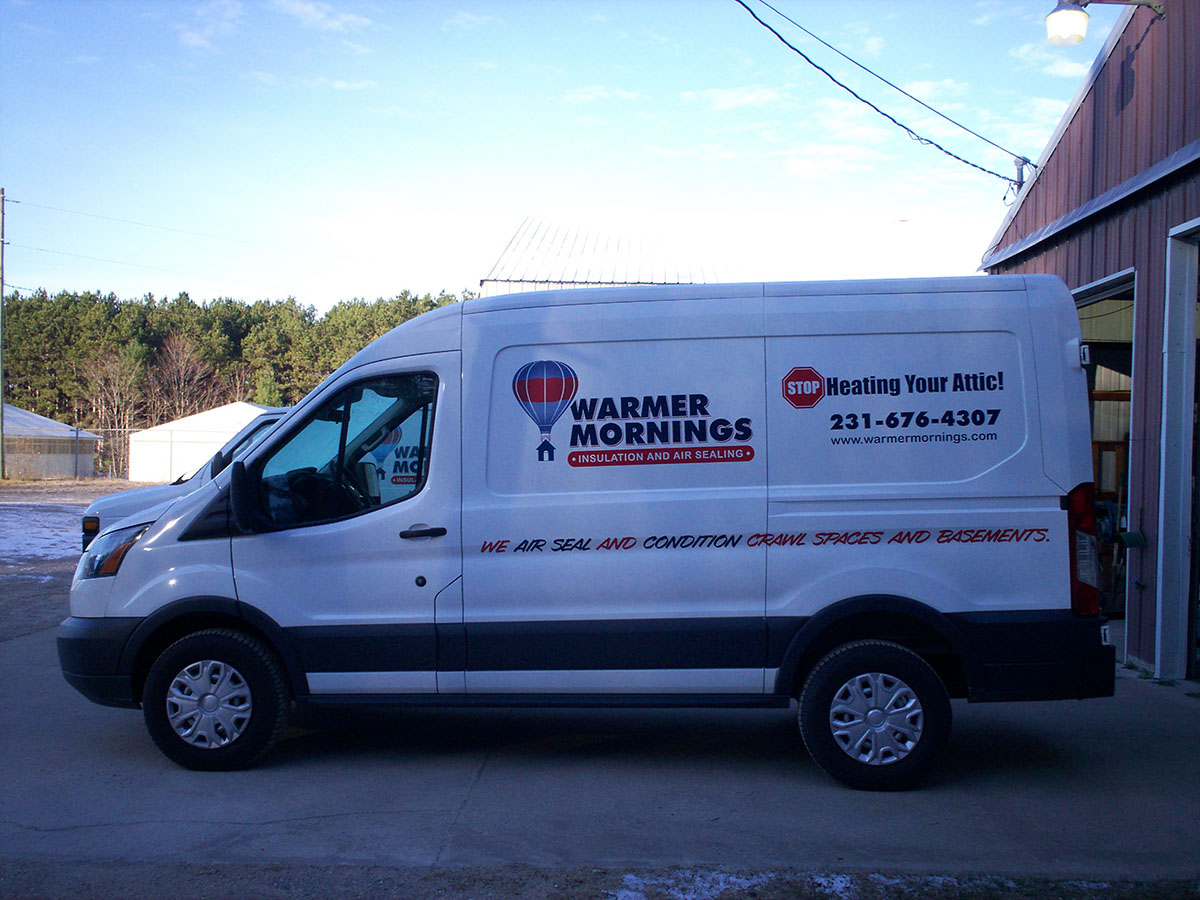 Get the Cold Out!

Our goal is to educate you on the importance of air sealing and insulating your attic and conditioning your basement or crawl space.

We have owned and operated Home Inspections of USA since 1995. During that time period we have inspected over 10,000 homes and couldn’t help but notice the most common defect we find is the lack of proper air sealing and insulation/air flow in attics. We typically cannot blame this problem on anything other than time of construction. Times and products change along with energy codes and what was once considered adequate, no longer is. The main thing we have learned in the recent past is the importance of keeping the conditioned air “inside” your home rather than escaping through openings–mainly at the attic level.

In a November of 2015 we found ourselves in a rapidly-purchased 12 year old Petoskey home which was in need of immediate insulation upgrades. The needed work included a complete removal of the existing fiberglass insulation, sealing off of all wall and ceiling air infiltration sites, replacement of high energy-drain incandescent high-hat ceiling fixtures, as well an extensive list of additional improvements. Warmer Mornings was able to provide an itemized and detailed proposal set that was unambiguous and easy to understand: it also included a completion timeline which conformed to our need to have other necessary construction projects finished before the snow flew. The Warmer Mornings crew was enthusiastic, friendly, courteous and punctual. Early on they discovered an electrical flaw that by some miracle had not yet caused a house fire…and were able to have that repaired quickly and professionally. The job was wrapped up in the time promised and on budget. There were NO surprises. Efforts were made to check back after completion to assure that everything was in order and up to expectations. I would have no hesitation in recommending Warmer Mornings as an insulation contractor. They were a breath of fresh air in the all too common “up North” building and renovation environment that I had come to expect in my almost 20 years of living in this area.

Helping homeowners achieve the comfort their home should afford them through proper air sealing and insulating attics and crawl spaces.

So do we! Join our crew of experts for rewarding work with competitive pay and flexible hours.